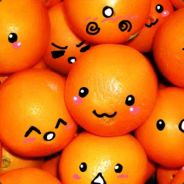 [MERC 4] Game [I] Round of 16: Lust Lust Lust vs THE SYSTEMATIC PEOPLE